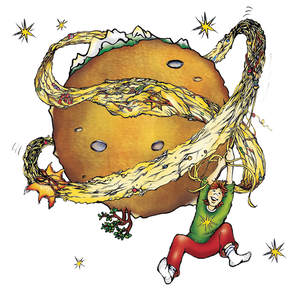 Blast Off Billy in a cosmic chase.
He's a man in motion with a flash on his face.
He'll turn it over twice into hyperspace.
Comets explode-
They can't take the pace!

And when he's blasted past the last moon
His throttle wide open, exhaust in the fumes,
He'll turn his engine off; let her float like a balloon.
Turn the radio on and start floating to the tunes.
No need to panic-
He'll get back soon.

But just let him look out on all those shinning stars.
It's a light year and a day, but he still sees Mars.
Jupiter, Venus, Gemini, Orion.
Rings around Saturn.
Galaxies on the horizon.